“Is this really the worst-ever era in MLB facial hair, or just the first in HD?” —@ataccini, July 25

Facial hair is always a lively topic on Twitter, my own mustache included. Last night, as Matt Garza was en route to a no-hitter, I mocked his beard, suggesting it could overtake that of Boone Logan in the annals of all-time horrors, setting off a conversation that continued through the final innings of his gem and well into a postgame meetup with some of my baseball scribe friends. In honor of Garza’s achievement and that conversation, I present this list of the seven most horrific facial hair atrocities of the past few years.

7. Scott Spiezio: Made famous during St. Louis’ run to an unlikely world championship in 2005, this totally horseshit look broke new ground in the modern era of facial hair because the soulpatch-farming utilityman took the trouble to dye it an unnatural shade of red. No doubt the toxicity of the dye helped trigger his freakout and subsequent arrest for assault, hit and run, and driving under the influence. 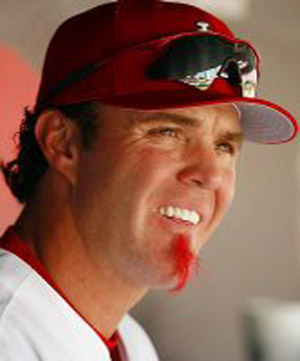 6. Matt Garza: The man who threw the no-hitter last night had tamed his beard somewhat in the last few weeks. This recent look drew comparison to the Duke Blue Devil by one of my tweeps. 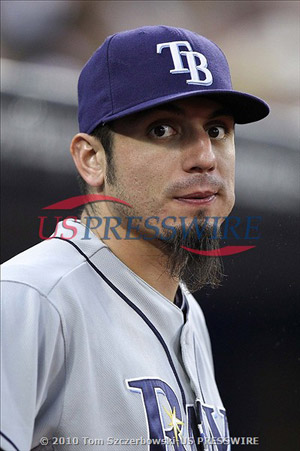 5. Matt Clement: By forgoing the matching mustache, Clement set off the modern era of facial hair travesties with this “pubic beard,” so named because, well, that’s what it looks like. 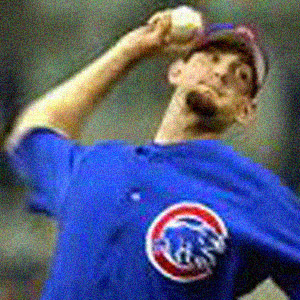 4. Ryan Franklin: The Cardinals closer’s beard is simply disgusting. It looks as though a mangy piece of roadkill was nailed to his chin shortly before he began warming up in the bullpen.  Or as Steven Goldman put it, “It’s like he just ate a Wookie and forgot to wipe his chin.” 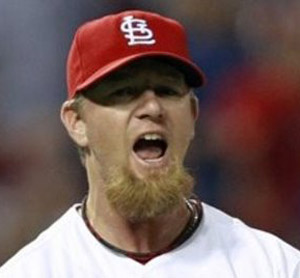 3. Boone Logan: Now that he’s in the Yankee organization, Logan’s been forced to shave his beard, but this one dating back to his days with the White Sox is so bad that when I showed it to Emma Span, she complained that it began haunting her dreams. ‘Nuf said. 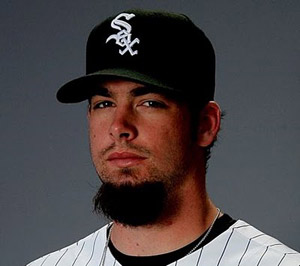 2. Chad Gaudin: As with Logan, his two tours of duty with the Yankees have forced him to shave this beard, which one tweep described as Amish. To me it looks like the very fires of hell materialized on a man’s face. 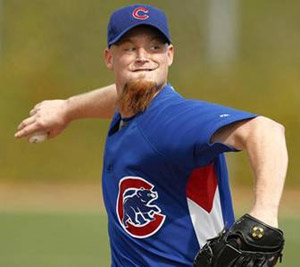 1. Bobby Jenks: I knew the burly White Sox closer had a bad beard, but I have to confess that I was unaware of this monstrosity. Between the pink dye and his giant set of man-tits, this whole tableau may constitute the most unflattering photograph ever taken of a professional athlete. As Baseball Prospectus colleague Colin Wyers quipped, he “looks like a Treasure Troll doll.” 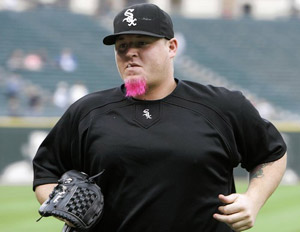 Ain’t that a beaut? And what is it with Chicago, anyway? Jenks, Logan, Gaudin and Clement all grew theirs while toiling for Windy City teams. Makes you appreciate the Yankees’ facial hair policy all the more, Chan Ho Park’s post-Phillies meltdown notwithstanding.