Out of the blue on Tuesday afternoon, a producer from Keith Olbermann’s show reached out and asked if I wanted to come in to tape a spot for the night’s show, discussing the absurdity of new MLB commissioner Rob Manfred naming Mets owner Fred Wilpon to chair the MLB finance committee. Now, when news of the Madoff-tainted owner‘s appointment — actually a downgrade from his position on Bud Selig’s executive council — reached the baseball world this weekend, I didn’t think my Twitter-based snark was particularly noteworthy, but it caught said producer’s attention, and with Monday’s holiday, Olbermann still had a good rant to unleash regarding a man who lost $700 million in a Ponzi scheme. Who was I to pass up the chance to ride shotgun?

Due to the short notice, some difficulty clearing my plate, and a distinct lack of cooperation from the MTA subway system (the closest Q train was apparently in the Bermuda Triangle), I ran late and had to sprint through Times Square, never a good plan at any time, let alone 5 PM on a weekday. I was barely able to get my pulse rate down to an acceptable level and still sweating like Patrick Ewing in the fourth quarter — seriously, they powdered me three times — when I went on for my five-minute segment, but I managed to get it together and have a few laughs with the host:

Kids, there’s never a bad time for an Earl Weaver reference. Thanks to Howard Megdal — my go-to for the details the Mets’ ongoing financial morass — for background preparation and Ben Kabak for the A-Rod/Wilpon comparison, which was too good not to steal. Their next round is on me.

Loved this photo from former SI.com managing editor and current Entertainment Weekly editor-in-chief Matt Bean (taken at the Top Hops specialty beer shop, which I correctly ID’d and which rates as one of the city’s best): 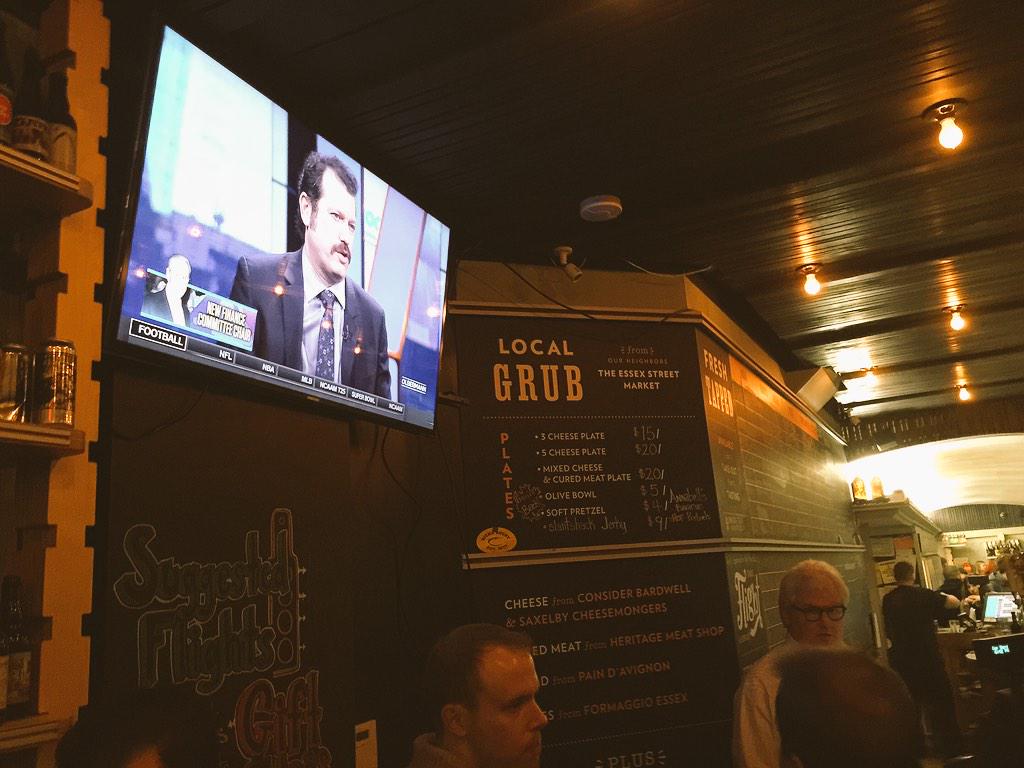