Tuesday afternoon’s appearance on the Fox Strategy Room’s “Last Call with Rick Leventhal” was a gas, if not the world’s most substantive or coherent discussion about sports. As with my previous appearance, I was joined by comedian Geno Bisconte, whose hyperactive mugging for the camera and willingness to tweak just about anybody kept me and the other panelists — Division I baseball coach Tommy Weber, Mike Falcone of Fark.com and host Leventhal — in stitches as we talked over one another during our rollicking roundtable. Bisconte seized on my relatively new mustache and my Western-cut blazer, nicknaming me Deadwood (as in the HBO show… I hope) a few times. 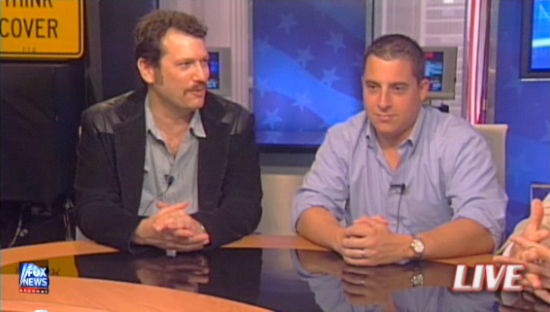 Our conversation began with the topic of whether Pete Rose should be reinstated to baseball, a topic based upon a rumor floated by the New York Daily News‘s Bill Madden on Monday, one that I didn’t believe for a second (Madden showed us who’s boss by refuting his own story by the time we went on air). While I expected the discussion would eventually veer towards the Hall voters’ attitudes towards steroids (I had prepared a talking point or two on the matter), I’m just as happy to have avoided that topic. You can see a nearly 10-minute excerpt on the Rose stuff here.

From there we moved onto Plaxico Burress’ upcoming grand jury testominy and Michael Vick pending reinstatement — neither of which were in my wheelhouse, though I did enough homework on the latter to be more than, um, deadwood — briefly returning to baseball to touch on the Yankees’ recent play and the possibility of Roy Halladay being traded. Sadly, the Mets’ public relations meltdown didn’t take much hold of the conversation, depriving me of my best comedy material. Ah, well — you win some, you lose some, and some are called on account of rain.