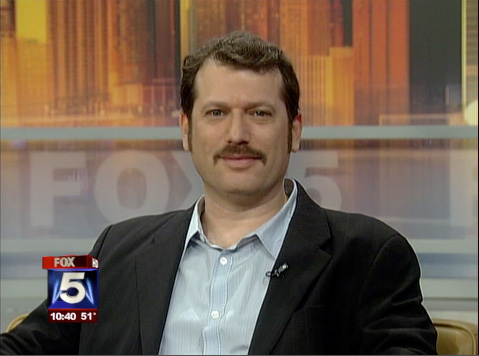 It’s been a busy and exhilarating couple of weeks promoting Baseball Prospectus 2010. After a wave of some two dozen radio hits, last weekend my colleagues and I made appearances at the Yogi Berra Museum at Montclair State University in New Jersey and a Barnes and Noble in Manhattan. Sandwiched between those two appearances, I did an hour-long spot on the Fox Strategy Room’s “Clubhouse Report” streaming videocast, on a panel with New York Post deputy sports editor Tim Sullivan and Sports Illustrated writer Pablo Torre, hosted by Duke Castiglione.

While we spent a bit of time at the top of the hour talking about the just-completed Olympics and in particular about the USA-Canada gold medal hockey match, baseball was the bigger topic. Duke’s curiosity about BP 2010 led him to feed me a generous number of questions about the book and the way we use statistics to measure defense and reliever value. He was so taken with the discussion that a couple of days later he invited me to appear on his television show, Sports Extra, which airs every Sunday night at 10:30 PM here in New York on the local Fox affiliate, WNYW.

The spot, which taped a couple of hours earlier (I got to meet former NBA superstar and basketball Hall of Famer Dominique Wilkins while waiting my turn) and ran up against the Oscars, was just over three minutes long, and the topic of Derek Jeter’s defense was the hook:

Overall, I wasn’t terribly smooth — adrenaline, thanks — but I wasn’t incoherent, and Duke certainly seemed enthusiastic enough that there’s hope I’ll get to do another spot down the road. I’m very grateful to him for having me on, and for giving BP 2010 such prime promotion. 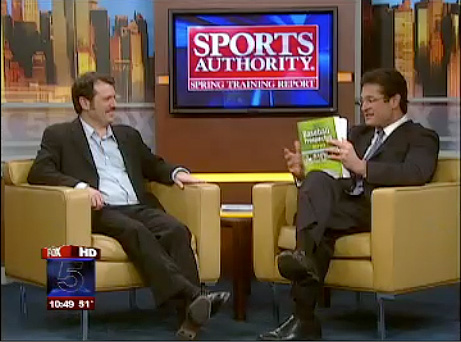 Meanwhile, I’m back from a couple nights in Washington, DC, where yesterday Steven Goldman and I made an appearance on Sirius-XM’s Home Plate “Power Alley” show with hosts Jim Duquette (he of the infamous Scott Kazmir trade and last year’s self-deprecating introduction) and Seth Everett.

In the evening we joined colleagues Clay Davenport, Kevin Goldstein and Matt Swartz for our annual appearance at the fantastic Politics and Prose Bookstore. This marked, I believe, our seventh appearance there, and my fifth, four for the annual and one for It Ain’t Over. Thanks to a bit of a push from the Washington Post‘s website, we set personal bests for attendance and sell-through, with something like 130 people present to hear us answer questions about Stephen Strasburg (who looked like something special — as advertised — in his spring debut, which we’d watched earlier), Derek Jeter, David Wright, Ryan Zimmerman, Bud Selig, competitive balance, Walter Johnson, Willie Mays and a whole lot more. I wish I had the energy to do justice to the discussion, but hopefully we’ll have an MP3 clip or two to share. In the meantime, I’d just like to give a shout-out to the folks at XM and Politics and Prose for welcoming us and helping to give BP such a big push.

Update: Some pics of the Politics and Prose event from Matt’s lovely wife Laura, and a fine writeup from another attendee. Thanks to both!